Best time to go to Fiji for a perfect weather and where to go?

Get the most favorable time to visit Fiji from average weather conditions in many locations like Sigatoka or Lautoka here.

When is the best time to go to Fiji?

When is the best time to go to Fiji? Here's some information to help you in your decision:

For information about the climate and the weather city by city in the Fiji Islands for a specific month, click on the corresponding line below:

Best time to travel to Fiji by cities Best time to go to Nadi

The best months to go to Nadi je %MONTH% are april, may, june, july, august, september, october and november. Best time to go to Suva The best months to go to Kadavu Island je %MONTH% are may, june, july, september, november and december. Best time to go to Lautoka

The best months to go to Lautoka je %MONTH% are april, may, june, july, august, september, october and november.

The best months to go to Malolo Lailai je %MONTH% are may, june, july, august, september, october and november.

Best time to go to Savusavu

The best months to go to Savusavu je %MONTH% are may, june and july.

Other cities and places in the Fiji Islands 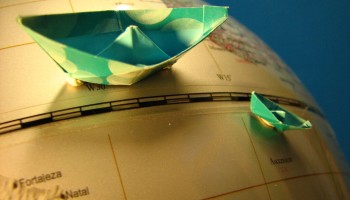 Tours and organised trips in the Fiji Islands

Climate and Weather in the Fiji Islands

Fiji is a country of Oceania that is located to the east of Vanuatu, to the west of Tonga and to the south of Tuvalu. Due to their positioning in the South Pacific, these areas benefit from a very tropical climate. The Fiji Island's climate only has two seasons: hot and very hot. Indeed, the Islands within the southern hemisphere have actually never known negative temperatures - the "fresher" months between May and November have temperatures described as those in the spring from a European point of view - while the warmer months, therefore from December to April, reach temperatures high enough to exceed 30° C. If you decide to fly to the Fiji Islands during this hot season, upon arriving at the Nadi International airport you will automatically step from a European winter into a Fijian summer. The weather in the Fiji Islands will quickly make you forget the greyness of the Old Continent.

The capital, Suva, is located in one of the archipelagic regions that receives the most rain, especially between January and April. On a country wide level, March is generally the wettest month, while July is generally the driest. The climate in the Fiji Islands is such that the country can also experience tropical cyclones, the riskier months being between November and April. The northwestern islands are also quite vulnerable to hurricanes, that can usually strike in both January and February.

When autumn settles in Europe and North America, why not enjoy the sunshine and summer temperatures of the Fiji Islands? Lounge on the beaches of Yasawa-i-Rara, explore the mountains and tropical dry forests on the various islands or go snorkeling off the coast of Taveuni?

Temperatures and rainfall in the Fiji Islands

On these 2 graphs, we present the evolution of temperatures of Fiji and month-by-month rainfall for the cities of Nadi, Suva, Kadavu Island, Lautoka and Malolo Lailai.

Where to go in the Fiji Islands?

Fiji: get the best price!

cities in the Fiji Islands

What can I do in the Fiji Islands?

Is this weather information for Fiji reliable?

Climate data for Fiji has been gathered every day since January 2009. The analysis of these meteorological data for Fiji allows us to determine the average for each month in Nadi, Suva, Kadavu Island, Lautoka, Malolo Lailai, Savusavu, Sigatoka, Taveuni Island and and 1 other cities.