Cuba in july: average Weather, Temperature and Climate, Where to go?

How are weather conditions in Cuba in july? Is it the best time to go to Cayo Coco and Varadero? Have a look at weather datas and informations here.

See on the map

Best time to go to Cuba

Below, check out the weather forecast for july for most popular cities in Cuba. These datas are statistics for july from weather reports for many years. The percentage indicates the probability of having the weather mentioned.

Average weather in july in Havana 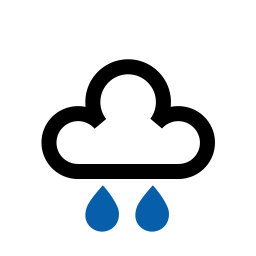 More information about the weather in Havana in july

Weather in june in Cuba
Weather in august in Cuba

Where to go in Cuba in july?

Where to go in Cuba in july: destination map

Where should you go in Cuba in july when it comes to the weather?

Remember:
The climate in Cuba in july ranges from good to tolerable depending on the region and city.

In July, heat is increasingly strong throughout Cuba and rainfall is as abundant - as in the previous month. While the climate throughout July in Cuba in a few areas isn't favorable for outdoor activities, it is rather favorable in the south of the country and in the vicinity of Varadero, thanks to the microclimate.

July in Havana and Northern Cuba

In general, mornings and afternoons are endowed with a magnificent sunshine in spite of the morning fog that dissipates very quickly. If one is planning nightly outings however, expect to have rain that sometimes turns into intense showers.

July in Trinidad and the Center of Cuba

It rains practically every day in Trinidad and its surroundings. Fortunately, rain occurs in the evening or late at night. What makes the day beautiful: the clear sky gives way to the sun which contributes to the heat of the day.

July in Santiago de Cuba and the South of the Island

If at the beginning of the month the afternoons are often rainy, the weather improves as the days go by and as of the second ten day period, one can enjoy beautiful sunny days, with a favorable weather in Cuba throughout July on this part of the island.

Cuba: get the best price!

Try it! The search engine checks several airline and travel agents to guarantee you the best price!

Climate in Cuba in july

Climate in Havana in july

In the month of july, maximum temperature is 92°F and minimum temperature is 81°F (for an average temperature of 86°F). The climate is burning around this city in this month. With 7.5in over 14 days, rain may occur for your vacations. But this is pretty moderate and you will not be too bothered by it.
With proper weather, july is okay (but not good time) for traveling in Havana.

more information about the climate in Havana in july

Climate in Cayo Coco in july

more information about the climate in Cayo Coco in july

Climate in Holguín in july

more information about the climate in Holguín in july

Climate in Santa Clara in july

more information about the climate in Santa Clara in july

In the month of july, the mean temperature in Santiago de Cuba is 86°F (maximum temperature is 92°F and minimum temperature is 79°F). The climate is burning in this city in july. With 4.6in over 8 days, rain may occur for your trip. But this is rather reasonably and it will not be continuous.
With a good climate, july is a recommended month to go in this locality.

more information about the climate in Santiago de Cuba in july

All cities in Cuba in july

Weather data for Cuba in july:

Weather data for Cuba in july is derived from an average of the weather forecast since 2009 in Cuba. There is a margin of error and these forecasts are to be considered as general information only. The weather in Cuba can vary slightly from year to year, but these predictions should limit surprises. So you can pack your bags and check when is the best time to go to Cuba.

Weather in june in Cuba
Weather in august in Cuba

Other locations in july: