You wish to visit Pai in Thailand in august : check the weather and seasonal norms on this page.

Best time to go to Pai?

The weather in Pai in the month of august comes from statistical datas on the last years. You can view the weather statistics the entire month, but also by clicking on the tabs for the beginning, the middle and the end of the month. 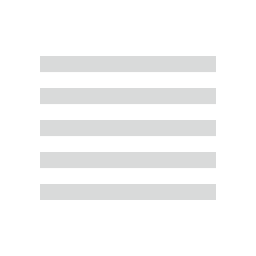 Weather in july in Pai
Weather in september in Pai

Evolution of daily average temperature and precipitation in Pai in august

These charts show the evolution of average minimum/maximum temperatures as well as average daily precipitation volume in Pai in august.

The climate of Pai in august is bad

The climate nice in that locality this month. The thermometer averaged maximum of 83°F. In the morning the temperature drops to 74°F. Thus, the mean temperature average on this month of august in Pai is 79°F. These temperatures are far removed from those records observed in Pai in august with a maximum record of 92°F in 2010 and a minimum record of 68°F in 2009. You can expect to have about 7 days with temperatures over 86°F, or 23 of time.

August: another location in Thailand?

If you want to go to Thailand in august, there are destinations with better weather than Pai:

Thailand: get the best price!

Seasonal average climate and temperature of Pai in august

Check below seasonal norms These datas are compiled from the weather statements of the past years of august.

How was the weather last august?

Here is the day by day recorded weather in Pai in august 2021:

Map: other cities in Thailand in august

Click over cities on the map for information about the weather in august.

Weather data for Pai in august:

Weather data for Pai for august are derived from an average of the weather forecast since 2009 in Pai. There is a margin of error and these forecasts are to be considered as general information only. The weather in Pai can vary slightly from year to year, but this data should limit surprises. So you can pack your bags or check for the best time in year to go to Pai.

Weather in july in Pai
Weather in september in Pai

Around Pai in august: