You plan to go to Prague in Czech Republic in february : check the weather and seasonal norms on this page.

Best time to go to Prague?

Weather in Prague in february 2022

The weather in Prague in the month of february comes from statistical datas on the last years. You can view the weather statistics the entire month, but also by using the tabs for the beginning, the middle and the end of the month. 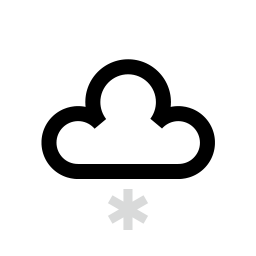 Evolution of daily average temperature and precipitation in Prague in february

These charts show the evolution of average minimum/maximum temperatures as well as average daily precipitation volume in Prague in february.

The climate of Prague in february is very bad

The weather in Budapest throughout February is far from being idyllic in this month. As it is the middle of winter with temperatures rarely exceeding 3° C and a shy sun that only makes a few furtive appearances, prepare to face the cold by wearing comfortable clothes.

Prague at the Beginning of February

The nights are frosty with temperatures below zero, while during the day, a relative rise in temperatures allows to gain a few degrees Celsius. However, the atmosphere is gloomy because of the heavy clouds which prevent the sun from shining and which further accentuate the sensation of cold.

Prague in the Middle of February

As at the beginning of the month, the cold is still present. However this time, cloud coverings dominates the climate throughout February in Prague. Heavy clouds often change into snowfall. In addition, misty mornings presage gray days without sun. For this reason, dress warmly in order to feel comfortable during one's outings.

Prague at the End of February

As at the beginning of the month, very cold temperatures favor snowfall that may come as a surprise at any time of day. However, with the appearance of sun, the weather is relatively fine compared to that of the second ten day period.

Czech Republic: get the best price!

Seasonal average climate and temperature of Prague in february

Check below seasonal norms These datas are generated from the weather statements of the last years of the month of february.

How was the weather last february?

Here is the day by day recorded weather in Prague in february 2021:

Map: other cities in Czechia in february

Click over cities on the map for information about the weather in february.

Weather data for Prague in february:

Weather data for Prague for february are derived from an average of the weather forecast since 2009 in Prague. There is a margin of error and these forecasts are to be considered as general information only. The weather in Prague can vary slightly from year to year, but this data should limit surprises. So you can pack your bags or check for the best time in year to go to Prague.

Around Prague in february: